Tadeusz Cegliński- Doctor of Humanities in the field of Philosophy at the Uniwersytet Śląski in Katowice;
Master of Education and Health Promotion at the Academy of Humanities and Economics in Łódź.
He completed post-graduate studies in the field of health protection management and marketing at the Postsecondary Vocational Study.
He is a certified masseur, bioenergotherapist and naturopath.

He helped people in the victorious fight against various afflictions, including hopeless cases.

Tadeusz Cegliński, with qualifications in many fields and a doctorate in philosophy, is an outstanding and trustworthy masseur, bioenergotherapist, naturopath and healer. With his actions, he proves that he behaves ethically towards people who trusted him. There is a lot of evidence that body and face treatments performed with his hands have a very positive effect on the human body, improving well-being, positive thinking and health. Aware of the value of science, he has always strived for scientific confirmation of his power.

He decided that it is not only pure faith and advertising that should encourage people to come for a visit but what should matter as well are unquestionable evidence of his skills and testimonials of credibility.

For this reason, Tadeusz Cegliński’s encounter with the world of science and documentation of his remarkable achievements have started. He realizes that a scientific testimonial is the best recommendation for people seeking help in order to fight an illness, which begin to win over the battle with medicine. By subjecting himself to numerous research experiments and analyzes of his phenomenon conducted by scientists, researchers and doctors, he gained a repututation as reliable in his theraupetic activities. The credibility of Tadeusz Cegliński is confirmed by people of science and their testimonies which are based on scientific experiences, tests, observations, verifications and comparisons. Many people seek his help, including clergy and doctors, whose testimonies are the best recommendation for his skills.

He is a man of wide interest, fascinated with cosmetology, natural medicine, the culture of ancient civilizations and philosophy. He studied the culture of the ancient Egyptians and for many years he has been learning about the impact of pyramids and their influence on human body and mind. He wrote the following texts on the above-mentioned topic: „Piramidy wyrazem wierzeń religijnych Egipcjan” [„Pyramids as an expression of Egyptian religious beliefs”] and „Wpływ piramidy na strukturę psychofizyczną człowieka” [„The influence of a pyramid on the human psychophisical structure”]. In these publications, he drew attention to little-known facts on the pyramids which, except for being tombs as the common belief says, played the role of clinics.

Tadeusz Cegliński on a journey: in Tibet performing a treatment, in Israel next to the Wailing Wall, in China in the Tibetan Clinic of Natural Medicine in Beijing, in Egypt- recognizing the energetic power of pyramids. 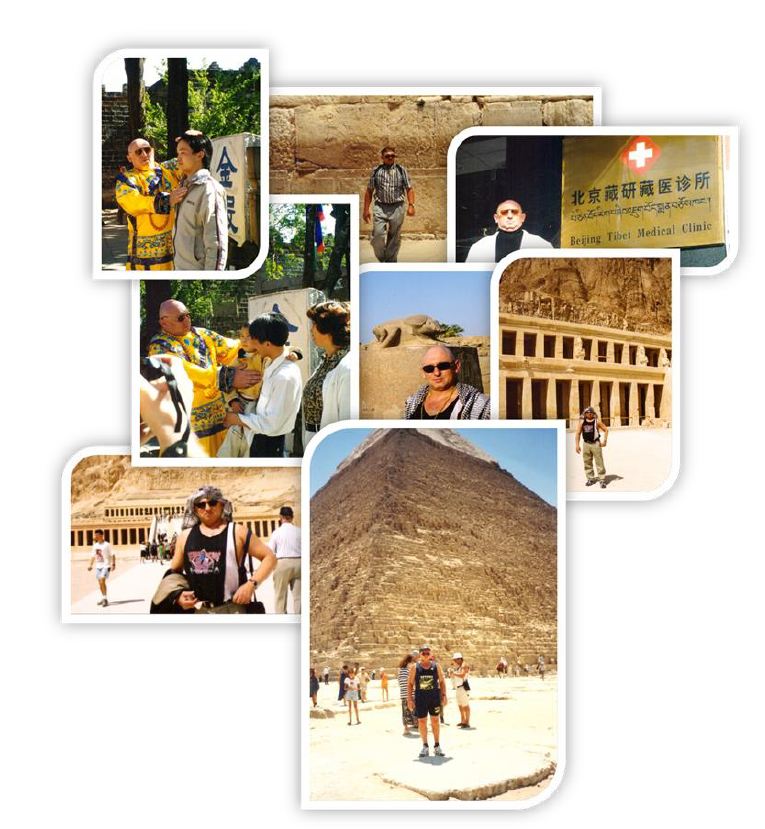